The re-emergence of Gandharva Marriage 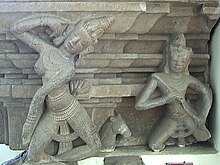 A Gandharva Marriage (Sanskrit: गन्धर्व विवाह, pronounced gənd̪ʱərvə vɪvaːhə) is one of the eight classical types of Hindu marriage. This ancient marriage tradition from the Indian subcontinent was based on mutual attraction between two people, with no rituals, witnesses or family participation.[1] The marriage of Dushyanta and Shakuntala was a historically celebrated example of this class of marriage.[2]

Dushyant & Shakuntala in the Hindu epic Mahabharata. The son that resulted from their Gandharva marriage was named Bharata.[3][4]

The Smritis of Hinduism recognize eight methods of marriage, one of them being Gandharva marriage. The other seven are: Brahma, Daiva, Arsa, Prajapatya, Asura, Raksasa and Paisacha.[5][6]

Gandharva marriage is, according to Apastamba Grhyasutra – an ancient Hindu literature, the method of marriage where the woman selects her own husband. They meet each other of their own accord, consensually agree to live together, and their relationship is consummated in copulation born of passion. This form of marriage did not require consent of parents or anyone else. According to Vedic texts, this is one of earliest and common form of marriage in Rig Vedic times.[6]

In Rig vedic opinions and classical literature, the commonly described marriage method was Gandharva, where the bride and the groom had met each other in their ordinary village life, or in various other places such as regional festivals and fairs, begun to enjoy one another’s company, and decided to be together. This free choice and mutual attraction were generally approved by their kinsmen. A passage in the Atharvaveda suggests that parents usually left the daughter free in selection of her lover and directly encouraged her in being forward in love-affairs. The mother of the girl thought of the time when the daughter’s developed youth (Pativedanam, post-puberty), that she would win a husband for herself, it was a smooth and happy sort of affair with nothing scandalous and unnatural about it.[7][8] The translated version of the Atharvaveda (Strikaratâni, ii.36) passage is:

May (Oh Agni!) a suitor after our own heart come to us;
may he come to this maiden with fortune;
May she be agreeable to suitors,
charming at festivals,
promptly obtain happiness through a husband.

As this comfortable cave (Oh Indra!) furnishing a safe abode
hath become pleasing to all life,
thus may this woman be a favourite of fortune,
well beloved,
not at odds with her husband!

Do thou ascend the full, inexhaustible ship of fortune
to bring hither to this woman the suitor who shall be agreeable to thee.
Bring hither by thy shouts (Oh lord of wealth!) the suitor –
bend his mind towards her.
Turn thou the attention of every agreeable suitor to her.

The re-emergence of Gandharva marriage

In modern India, particularly in urban regions, gandharva marriages are re-emerging. These self-arranged marriages in India are now called love marriages. Most of these, however, do involve some form of ceremony where friends and members of family are present.[19][20]

A 2006 article reported that between 10 and 20 percent of marriages in urban India were love marriages.

Relocation of my blog 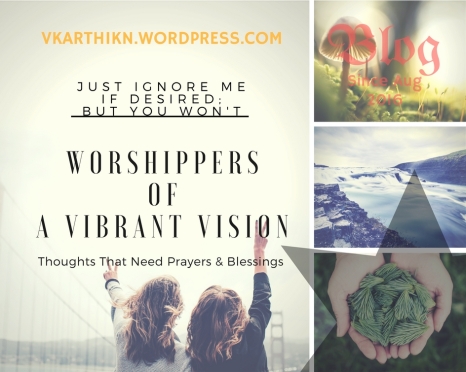 I Have Posted On